News: During registration this forum uses the policy of One IP address = one account.

It is unfortunate for those who dont use that platform.
2

Why not share your ideas here, possibly with some samples?
4

Down the Pub / Re: Any good, family friendly jokes? 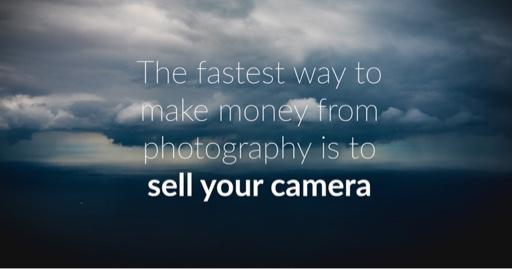 Bit of a shame as it excludes those members who, for very valid reasons, choose not to get involved with that demon.
6

I'm working on integrating it into Tapatalk to see if that will help. Gives me something to do during lockdown if nothing else :-)
7

« Last post by admin on March 25, 2019, 08:44:47 PM »
As a mainly Canon shooter who has recently added a Sony Alpha 7 Mk III Ive been looking round for accessories. My lenses are already covered using a Metabones adapter to use my Canon ones on the Sony body. This is working out very well.

Those who have used Sony camera will know that they have a penchant for using odd hotshoe mounts and the A7 series is no different, making use of their MI shoe guide. That left me looking for a new flash to work with it. Among my requirements were for it to be TTL compatible.

Asking about several people said they were using Godox flash in various forms and were all happy. So, after a bit of research I plumped for their TT685S from Amazon. Coming in around the £90 mark it has impressive specs at a significantly lower cost than the Sony offerings.

After unpacking and fitting fresh batteries, I stuck if on the camera for a few test shots. Recycle time is quick and firing off a few shots it quick succession the resultant images showed very even exposure.

The unit feels solid to hold, pretty much like the quality of the Canon 480ex (the only OEM flash I have to hand to compare with) and came with a nice soft  case to store it in. For the money I have been unable to fault it so far. Only time will let if that continues.
9

Down the Pub / Re: Any good, family friendly jokes?

Software Discussion / Best wishes and poster for Next Next Monday's meeting

« Last post by Keith Barber on January 02, 2019, 04:56:44 PM »
Hi Everyone,
I trust you all had a great Christmas and Festive Season and wish you all the very best for 2019. I hope 2019 brings you good health happiness and plenty of great photo opportunities. "Keep on clickin"

Attached is a poster by our syllabus secretary Sue ahead of this Monday's meeting (January 7th) As Sue mentions please bring your laptops if you wish.